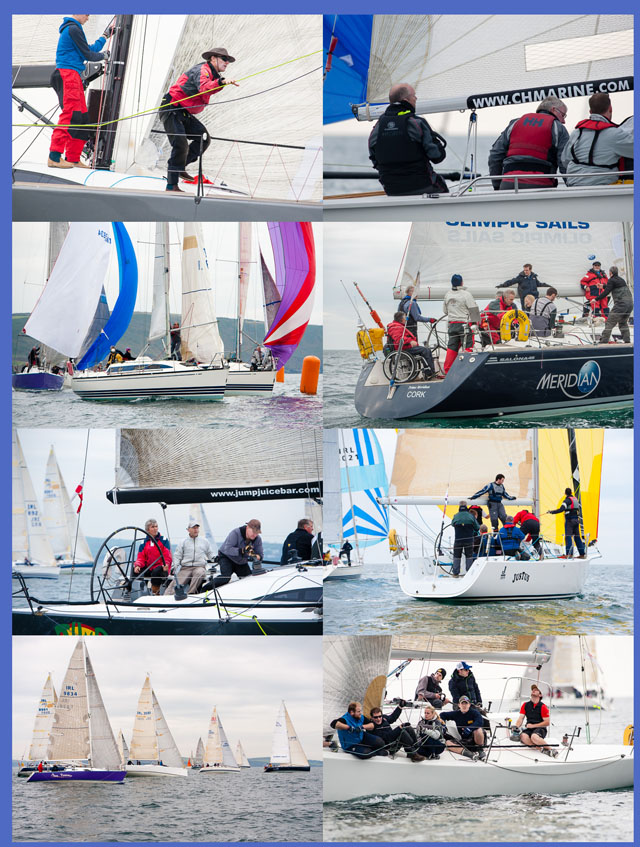 Cork Harbour was alive with boats today with dinghies and cruisers.   On the water the Optimists were sailing their Cobbler League, the Lasers were sailing as were the 420’s and also the Toppers and it was even possible to watch  the Phil Morrison designed new National 18 prototype. This was showing true Phil Morrison lineage and was built by Ian Teasdale in Devon. She looks like a cross between an RS400 and a Mark 8 International 14. She should be more forgiving to sail downwind in a blow but she might be a little tricky to compete against the existing boats upwind in the light. 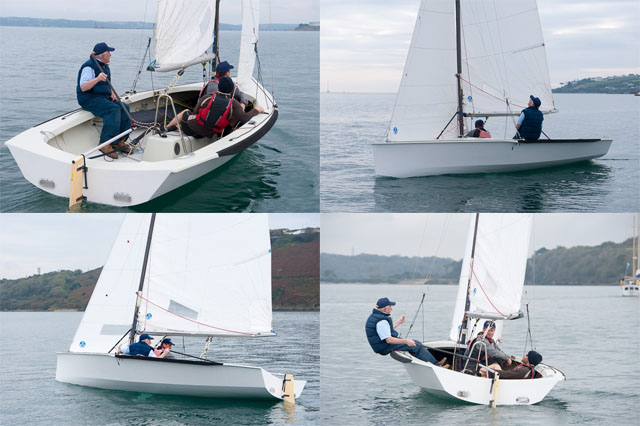 And so to the main event of the day, the third day of the CH Marine League.  The Race Officers were indeed fortunate to get in two races for the competitors as light winds were the order of the day with about 6 knots from the North.  With a 3.5m tide and racing starting at the top of the tide it was essential especially for the Class 1, 2 and 1720 fleets sailing outside the harbour to sail the best course to get to the weather mark.  But then it is factors like this that make sailing interesting.

Rob McConnell in Fools Gold did not have it all his own way in IRC 1 to day  posting a second and a fourth but was able to discard  the fourth while Jump Juice had a good first race taking the gun and is lying second overall, with Freya lying third.

Things are very tight at the top of IRC2 with Bad Company on 9 points with Waterford raider Shane Statham in Slack Alice just one point adrift but Paul Tingle got Alpaca going well today and took the gun in the first race in that class.

IRC 3 and Sigmas sailed the inner harbour course today and Kieran Collins’ Tambourine leads from  Finbarr Dorgan’s No Half Measures while  in the Sigmas Wendy and Clem McElligott had two firsts today and now top the leaderboard in that class.  The eight boat 1720 fleet is led by Denis Murphy’s Aquatack on 9 points, while Salve Marine Racing, with a little bit of help from tactician Anthony O’Leary, is just one point adrift . In Class 4, Alan Mulcahy’s Sundancer leads on 5 points from Shelley D while the positions are reversed in ECHO.  Finally, in IRC Whitesail Michael Wallace’s Felix is getting the better of Conor O’Donovan’s Xtension but it was Tom McNeice who took the two wins today.

Racing continues next Sunday with FG at 11.55