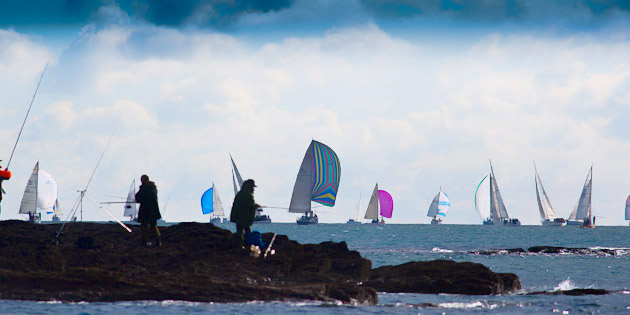 What a wonderful day today was! Picture Robert Bateman

Weather gods frisky mood of recent days had somewhat abated for today and, as Vinnie O’Shea, SCORA Commodore described the conditions, “a gorgeous day for sailing”.  The sky had some glorious blue patches with bright sunshine becoming obscured at times by some ominous clouds that never did decide to drop any showers on the fleets. Winds started out about 11 knots from the North West and freshened during the day going more into the west providing ideal sailing conditions. 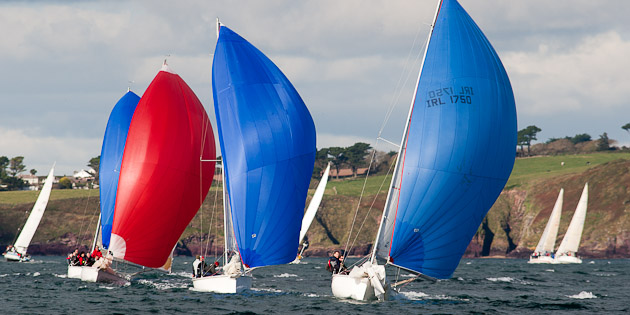 To day  the imposition of a discard after five races saw the first trends emerging in all classes.  Gloves Off has an invincible look about her in IRC One with five wins one of which she has discarded.  The battle for second place has changed somewhat EOS having a good day today has moved into second place with Fools Gold slipping to third. In IRC Two it is interesting that the modified Quarter Tonners have found their way into this class by their speed alone and Iles Pitueses leads IRC Two on 6  points and also the the Quarter Ton Class.  It’s not by any means all over yet with Bad Company on 9 points and Allure on 13.5 points so all is open to fight for here over the next two days of the regatta.The same can’t be said for IRC Three with No Half Measures counting four wins  while Maximus is on 10 points with Outrigger on 12 points. The 1720s are currently being led by Antix and Wahoo on eight points apiece followed by I Dunno in third place on 14 points and T Bone on 15. 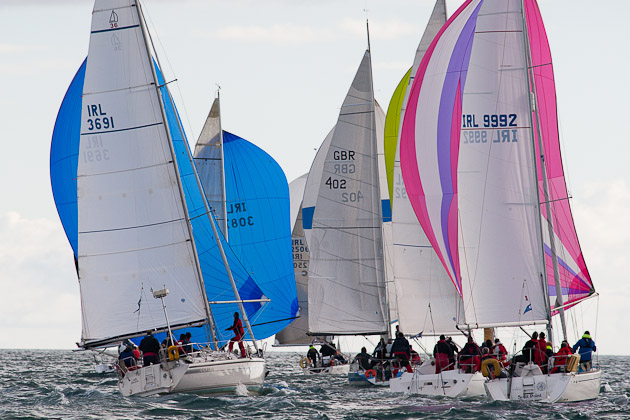 Colour in Classes One and Two. Picture Robert Bateman

Racing inside the harbour today with ICRA Commodore Barry Rose doing the honours as Race Officer, the fleets had two short races in conditions similar to outside the harbour.  In Race One Whitesail One were sent off first to a laid weather mark before rounding a  number of the harbour marks. Whitesail Two and IRC 4 started together and there was some bunching at the line  following which the Race Officer gave them all separate starts for the second race of the day. In IRC Four Sundancer has chalked up five wins and Shelley D has five seconds with Thistle also taking five wins.

In Whitesail One it’s still all to play for Cavatina having 6 points, Samba on  8 points and Minx 111 who took today’s prize on a total of 9 points.  In Whitesail Two Loch Greine leads counting four wins, LadyT  is second on 9 points and Julia B hot on her heels on 10 points.

Last but not least the X 332 fleet is led by Mary O’Keeffe’s Tux. 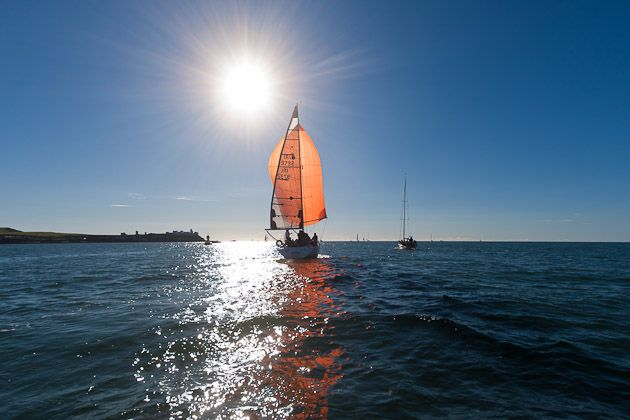 As there are now only two days of the Regatta remaining competition will be more intense than ever.  This may also be a good time to remind competitors of the final day’s racing that will be held on Saturday October 27th and the prize giving dinner later that evening with good entertainment assured. As bookings  are hotting up anyone wishing to attend should ensure their reservation is made in good time.

Finally to tempt your taste buds the prize giving dinner menu is given below: