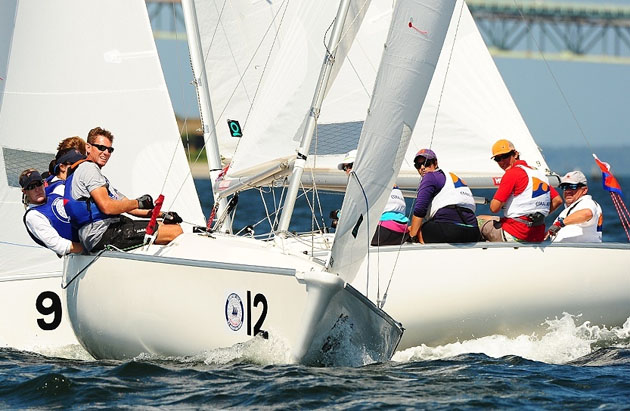 Part of the NYYC fleet in action. Pic Photobox

Which United States yacht club has the fastest sailors? That question will be answered next September, when yacht clubs from around the country gather for four days of intense one-design competition on Rhode Island’s Narragansett Bay. The Resolute Cup, A Corinthian Championship for U.S. Yacht Clubs hosted by the New York Yacht Club, is an evolution of the U.S. Qualifying Series for the Rolex New York Yacht Club Invitational Cup, which was held on even years starting in 2010. At stake, once again, will be berths in the Rolex New York Yacht Club Invitational Cup, scheduled for September 2017. But the Resolute Cup is much more than a stepping stone to the premiere international Corinthian regatta in the sport of sailing.

The Resolute Cup emphasizes Corinthian, one-design competition, between yacht clubs. Each competitor must be an ISAF Group 1 (amateur) sailor, and a member of the club he or she represents. Teams will compete in two different fleets of identically tuned keelboats during the regatta. The New York Yacht Club’s Sonar fleet will be used for the competition, as will a second design, which will mostly likely be a 20- to 25-foot sport boat.
The first Rolex Swan Invitational Race was held in 2009, followed by 2011, 2013 ,2015 and now preparations are well in hand for 2017 with the exciting concept of participation in the Resolute Cup being a requirement to decide the successful American entries to this prestigious competition. Royal Cork Yacht Club has competed in the Rolex Invitational from the beginning and their performance in 2009 and subsequent dates led to them being invited to participate in each event to date.

Invitations for the 2016 Resolute Cup, A Corinthian Championship for U.S. Yacht Clubs, will be issued in early 2016.