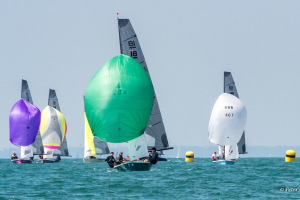 Hayling Island Sailing Club played host to over 70 ‘18ers’ at the 2017 National 18 Championships in a week dominated by strong winds. Amongst the assembled sailors were double Olympic gold medallist Sarah Webb, Hyde Sails one design supremo Dave Hall and Scottish Champion of Champions Stuart Urquhart. With the addition of some strong challengers from Ireland the new Phil Morrison designed fleet was separated by only seconds.

Corks multiple champion, Tommy Dwyer skippering ‘Puss n Boot’ showed all his experience early on taking two of the first four races despite sustaining a leg injury in the first race of the week. 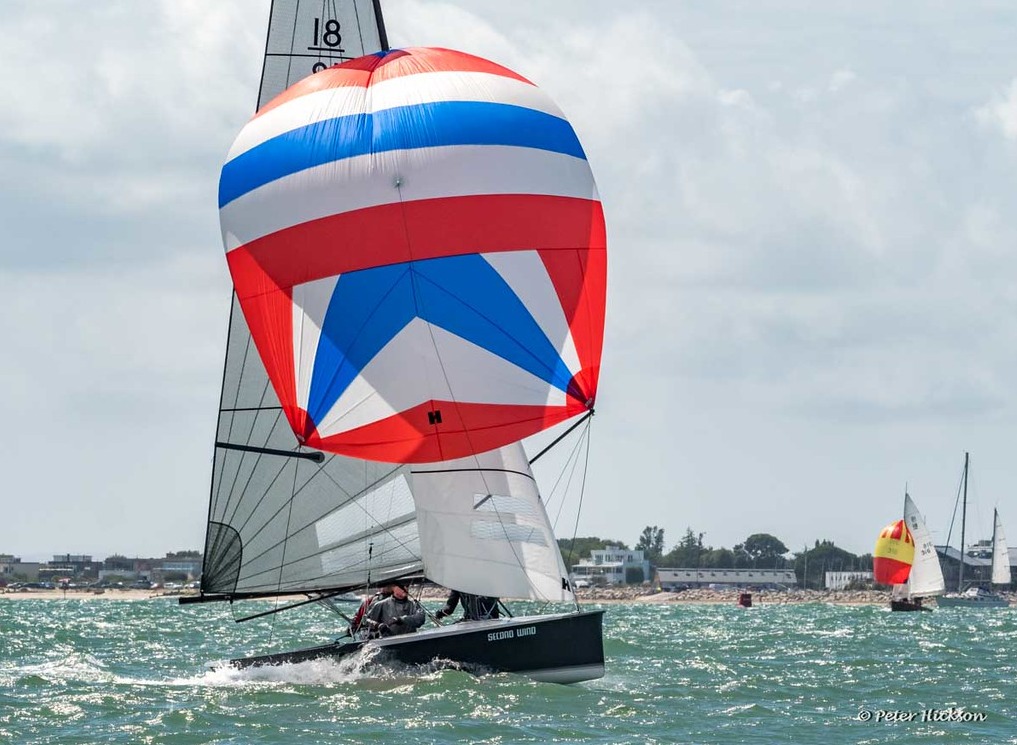 Despite not recording a race win it was ’50 Shades’ sailed by Nick Walsh, Rob Brownlow and Eddie Rice that showed great consistency to take the Cock of the North trophy which goes to the boat that wins the first half of the week.

With a planned lay day on Wednesday and racing ultimately blown out on Friday the results of Thursday proved to be crucial. Thursday turned out to be a day of strong winds and exhilarating sailing with winds in excess of 30 knots pushing boat speeds past 20 knots. 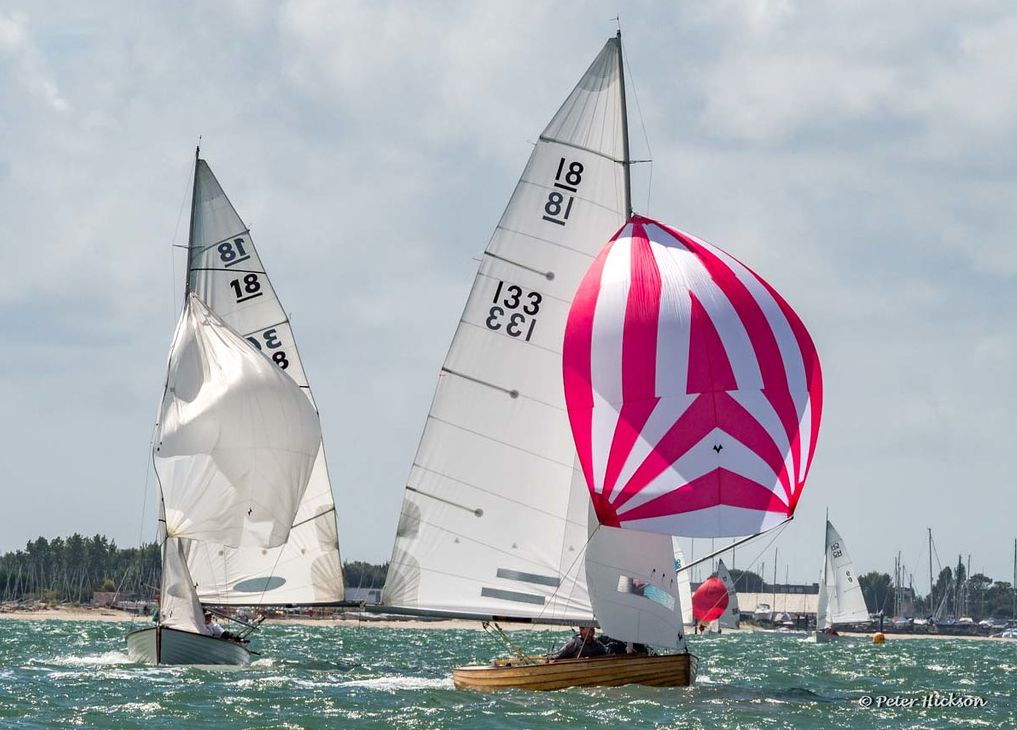 Toucou about to gybe in a heavy air pursuit of Theorette at Hayling Island SC. Pic Peter Hickson

Despite being pushed all the way it was the crew of 50 Shades that gave a demonstration of heavy weather sailing to take both races on Thursday and with it the championship title.

With the stunning new Morrison design on display the class continued to enhance its reputation for marrying the old and new with the classic 18s racing for their championships on the same course. Close racing was also the order of the day in that fleet with only 1 point separating the top two boats before discard. In the end it was Tom Reid Nick Philips and Richard Stirrup sailing Theorette that beat Toucou sailed by Brian Hoolahan, Tim Reynolds and Andrew Young.