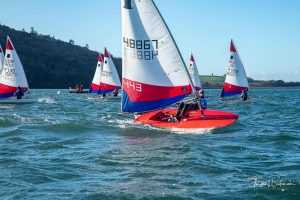 By Communications on December 3, 2021 in Lasers, Latest, Topper

Racing concluded on Sunday in the RCYC Laser and Topper Frostbite leagues with races 13,14 and 15 in bright but cold light winds under race officer Maurice Collins. Previous races in the series were overseen by Barry Rose and Rob Foster.

The league started this year with a 6 race sprint event on Sunday the 7th which served as both a stand alone event and the first 6 races in the Frostbite league.

Traditionally the prize giving would be held at the junior laying up supper however as that has been postponed this year, Rear Admiral Dinghies Annamarie Fagan conducted the the prize giving on the club lawn following racing.

Sailing in both ILCA 4 and Toppers went right down to the wire with final places changing in both on the last day.

The overall winner in ILCA 4 was Mauro G Regueral Noguerol with Isabel Mc Carthy in second and Max Tolan third. 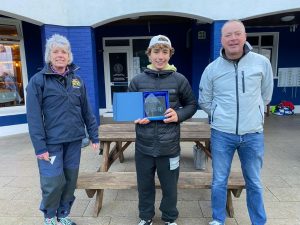 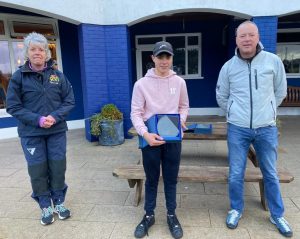 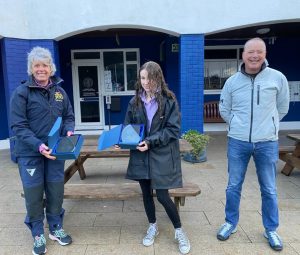 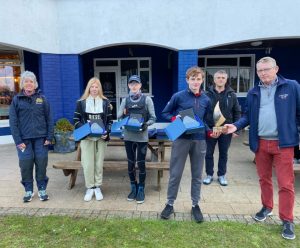 Class captains Maurice Collins (Toppers) and Tim Mc Carthy (Lasers) would like to thank all those that volunteered over the month and during the year in helping both fleets to go racing, and most of all to the sailors for such a spirited series.