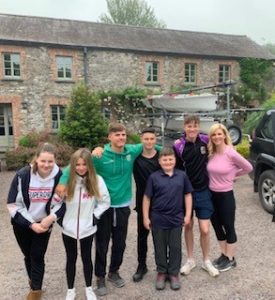 Last weekend, three of our six Royal Cork teams were able to participate in 29er Irish Nationals. Held at Dublin’s National Yacht Club, the regatta saw eleven skiffs competing over two days. Saturday was quite light with 5 races completed while Sunday was heavy with only 2 races completed before racing was called and sailors were sent ashore by the race committee.

Congratulations to these Royal Cork 29er teams for their hard work and great effort!

Some video footage of the second day;