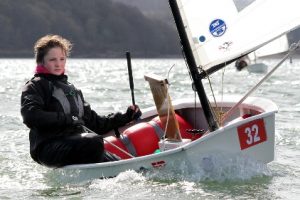 By office on May 7, 2013 in Optimist, Uncategorized

Organised by the Irish Optimist Dinghy Association of Ireland (IODAI), the 2013 trials concluded in the Royal Cork Yacht Club over the long weekend. Sixteen races were sailed over a six day series (of which three were sailed in Lough Derg during early April), the Royal Cork cadets again made up the lions share of the fifty six sailors invited to compete.

By any standards in competitive sailing, a sixteen race series is pretty gruelling for adult competitors, not to mention cadet sailors aged between 10 and 15 years of age and puts into perspective what all of our nineteen sailors achieved.

In time honoured tradition, we will mention our young lady members first where local girl Caoimhe Foster had some fine results as did Lucy Donworth who battled hard. Sarah Cudmore also had a number of top twenty finishes while another local sailor Kelly Williams moved up the inside track to secure a place on the international development team travelling to France. Congratulations Kelly. 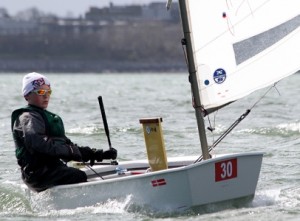 For many of our sailors, this was their first trials and understandably found the going tough but a valuable learning process. James Spillane, did finish the series with some strong results which will give confidence as the season moves forward for him as a member of the Irish under 12 squad. Luke Horgan also competed in his first trails and didn’t let the side down by finishing all sixteen races. Patrick Daly was unfortunate to fall ill for the latter part of the event and could not make it to the race course while Chris Bateman also gained much learnings over the sixteen races.

Another one of our junior sailors Tom Keal had a brace of top twenty finishes on which to build as a member of the Irish squad again this year. Cathal O’Regan will make up the final Royal Cork representation on this elite U12 squad. Cathal had the race of his life (to date) when he took line honours in race fifteen. In doing so he had a trail of “big guns” following in his wake and did exceptionally well to keep his nose in front. Well done Cathal and that is one of your grand children in years to come.

Ronan Walsh was knocking on the door for a team place and was very unlucky not to secure same but only highlights that the event was highly competitive. Luke McGrath was further back but clearly now has his eye on moving into a laser.

Towards the pointy end of the results, Adam D’Arcy and Ronan Cournane did qualify for the international development team but are not in a position to travel. Rebecca O’Shaughnessy and Richard McGinley will travel as part of the European Team while James McCann, Harry Durcan and Johnny Durcan will compete on the worlds team. Well done to Johnny for sailing very well to win the overall series. 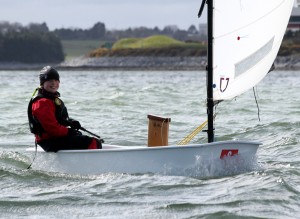 Special thanks to Diego Blatt, Ivor McNamara, Magda Resano and Soren Laugesen who flew into Cork over the last number of months to head up the coaching programme. They have been very well received by both sailors and parents and look forward to their return in the future.

So its all over for another year and well done again to all our sailors who competed. You achieved an awful lot and can be pr0ud of being invited to participate in such a tough event and at such a young age. Royal Cork optimist sailing remains in a strong place thanks to you all.