By Bob Bateman on November 16, 2013 in Latest, Uncategorized 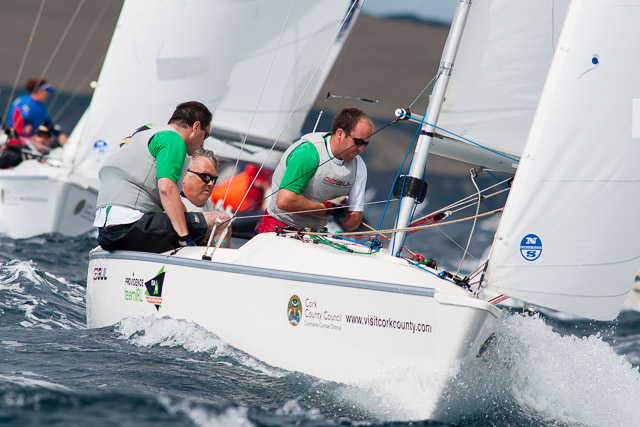 Over 500 delegates from more than 60 nations, including a large delegation from Ireland,  gathered in Muscat, Sultanate of Oman for the 2013 ISAF Annual Conference.

Held from 9-16 November, ISAF Council drew the conference to a close as they made the final decisions that will affect the sport moving forward.

At the May 2013 ISAF Mid-Year in meeting Copenhagen, Denmark, ISAF President Carlo Croce announced that one of the major goals of the ISAF Executive Committee was to revitalise the ISAF events.

After a series of Presidential Forums a new mission was established and that was:

To build a clearly understood and professionally organised Olympic sailing annual calendar that each year crowns one undisputed World Champion in each Olympic Event and enables athletes, national teams, the Olympic Classes and ISAF to generate significant sporting & commercial value beyond the Olympic Games.

The desired outcome of the new ISAF event structure is:

To provide all nations, all sailors and all events with a clearer structure to operate within, clearer goals and a better way of measuring progress resulting in increased alignment and value at all levels from beginner to elite.

Following a lengthy discussion at ISAF Council the members voted in favour of the new concept and can now begin to implement it.

The Rio 2016 Olympic Sailing Competition format and qualification was approved by ISAF Council with final details to be confirmed in 2014.

Two full reserve days will be scheduled for each event before their Medal Race to ensure the competition schedule will be completed in its entirety.

The Men’s and Women’s 470, Laser, Laser Radial and Finn will each sail a 10 race qualification series with two races per day with one final race encompassing the top ten.

The 49er, 49erFX and Nacra 17 will have a qualification series of 12 races with three races per day and one final race with the top ten boats competing. The Men’s and Women’s RS:X will in principle race a similar format but the number of races per day may be reviewed by the ISAF Technical Delegates, the Olympic Management team and the RS:X Class following the 2014 and 2015 Olympic test events.

ISAF will make further decisions on target times, race management and final schedule in May 2014.

The Qualification System will go to the International Olympic Committee for their approval with publication in February 2014.

Nations will begin to qualify at the Santander 2014 ISAF Worlds where 50% of places will be decided. The remaining places will be contested at Continental Qualification regattas in 2015 and 2016.

ISAF Council voted that all ten Rio 2016 Olympic Events and Equipment shall be included in the 2020 Olympic Sailing Competition. Additional medals shall be sought from the International Olympic Committee (IOC) for Tokyo 2020 and if additional medals are allocated, kiteboarding events will be selected first.

International Association for Disabled Sailing (IFDS) To Merge With ISAF

The International Association for Disabled Sailing (IFDS) and International Sailing Federation (ISAF) have both unanimously agreed to merge as the 2013 ISAF Annual Conference drew to a close in Muscat, Sultanate of Oman.

The merger will create a single governing body for MNAs and sailors to better serve the needs and interests of sailors with disabilities.

On the decision IFDS President John Twomey said, “We are delighted that both IFDS and ISAF unanimously agreed to form a merger.

“At the IFDS Annual General Meeting our members gave full support and I was delighted to see the same from ISAF Council.

“The round of applause received from ISAF Council was incredibly touching and now the work can begin to align IFDS and ISAF, it’s one we look forward to implementing.”

As a single governing body the merger will be able to provide consistency within the sport, from relationships with the World Anti-Doping Agency (WADA) to technical support and operational efficiencies.

The expertise and specialisms of IFDS will be retained with a new IFDS Committee included in the ISAF Annual Conference schedule. The IFDS Chairman shall have a full voting seat on the ISAF Council.

In terms of racing, the Paralympic fleet will continue to be included in the ISAF Sailing World Cup with entries currently being welcomed for Melbourne and Miami.

IFDS will retain responsibility for the Paralympic Sailing Competition, including event and equipment selection as well as the IFDS World Championships.

The processes that will enable the merger, including all the necessary structural and regulation changes, will be completed by November 2014.

Kiteboarding will be included in the ISAF Worlds and ISAF Sailing World Cup where practical and within the constraints of current contracts, resources and venues.

The ISAF Youth Sailing World Championship will head to Acre, Israel in 2017 after ISAF Council voted in favour of the venue, subject to a successful site visit and satisfactory contractual arrangements.

A separate boys’ and separate girls’ skiff will be present at the ISAF Youth Worlds from 2015 onwards.

The GP14 and Shark move from Classic Class status to ISAF Class status subject to signing the ISAF Class agreement and moving to the Standard Class Rules format within two years.

The 2014 ISAF Annual Conference will head to Palma de Mallorca, Spain from 1-8 November.